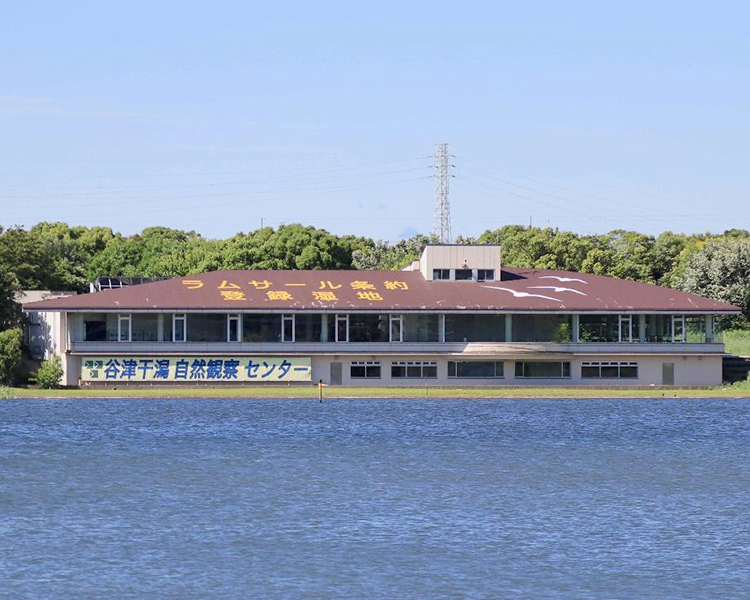 In the extreme end of the Tokyo Bay, an un-reclaimed Tideland of 40 hectares is left which is now called as “The Yatsu Higata”. Sea water comes in and out with the ebb and flow of the bay. Large numbers and different kinds of shorebird and migratory bird come here each season. They are giving tremendous relaxation to the community in the midst of the urban area. The Yatsu Higata was designated as an official site of Ramsar Convention in 1993.

In 1898, it was a shoal beach and was used for salt manufacturing. In 1924, Keisei Rail Road (Keisei Dentetsu) reclaimed the area and made a play land “Yatsu Play Land”. The remaining shore served for swimming and calm fishing. The community had great fun out of it. In 1979, Tokyo Bay Reclamation Project encroached the shore and the Yatsu Higata came to be in danger of land development. Groups and community people stood against for its protection. In 1984, the conservation of the Yatsu Higata was then included in the construction project of local area public facility. Later in 1988, the Yatsu Higata was designated as the National Wildlife Protection Area, in 1982, the Yatsu Play Land was closed due to the opening of the Disney Land in the nearby town. In 1993, the Yatsu Higata was designated as THE RAMSAR SITE by “The 5th Conference of the Contracting Parties to the Convention on Wetlands”. In 1994, Observation Center was opened. In 1996, the Yatsu Higata joined to “The East Asian and Australaisian Shore Bird Reserve Network” in the 6th Conference in Brisbane. In 1997, Narashino City enacted “The day of Yatsu Higata” for celebration of the Yatsu Higata conservation. In 1998, Narashino City and Brisbane City Council agreed to “The Affiliation Agreement of Their Wetland Conservation”.

Nature Observation Center and its Tasks

Throughout a year, we can see many kinds of birds here. Seasonally there come huge number of seasonal migratory birds. For the shorebirds flying between Siberia and Australia, the Yatsu Higata is their important intermediate rest place after and before their long journey.

For birds, this is a big treasure house of little creatures. There are invertebrates, crabs and shells. The Yatsu Higata is a mud flat. Crabs and clams inhabit here because they prefer mud-environment. Worms are very important as feed of the migratory shorebirds and other water fowls.

Yatsu Higata Nature Observation Center manages volunteer activities. There are about 20 types of activities. For example, botanical investigation, observation for children, mowing in the pond and so on.

Nearly 60 kinds of birds are seen here in total through out a year. In spring, migratory birds heading for their breeding drop here. In summer, birds do baby care, and the summer birds fly in. In autumn, migratory birds heading for wintering drop in. Amongst them, young birds come for their Virgin Flights. In winter, the winter birds come. The season is for bird watching.

Information for visitors to the Observation Center

Mondays (If national holiday falls on a Monday, the Center is closed on the following Tuesday), December 28th to January 1st.

Information for visitors to the Observation Center

[VIA JR KEIYO LINE]
Station Minami Funabashi. North side of the Station.
Walk across the road via fly-over.
20 min. walk toward the East.

[VIA JR KEIYO LINE]
Station Shin-Narashino. North side of the Station.
Walk across the road via fly over
20 min. walk toward the West.

[VIA KEISEI LINE]
Station Yatsu. South side of the Station.
Walk across the road via fly over
30 min. walk toward the South.
(Through the shopping road and along the periphery of the tidal flat.)

[VIA ROUTE 14]
Turn to the south at the intersection with the road south of JR Tsudanuma
Right Turn to the West at the route 357.
U-turn to the East at Wakamatsu Intersection.
Parking gate on the left after 1 km.

[VIA ROUTE 357 from the West (Tokyo)]
Pass the intersection Wakamatsu.
Parking gate on the left after 1 km.

[VIA ROUTE 357 from the East. (Narita)]
U-turn at the intersection Wakamatsu.
Parking gate on the left after 1 km.

[Wangan (Bayshore) Highway from the West (Tokyo)]
Leave the Highway at the interchange (Chidori chou).
Follow ROUTE 357 from the West. (above 2.)

[Wangan (Bayshore) Highway from the East (Narita)]
Leave the Highway at the interchange (Wangan Chiba).
Follow ROUTE 357 from the East. (above 3.) 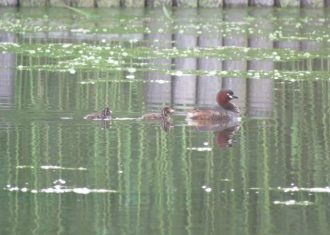